I discovered southern Brazilian state¬† Santa Catarina seven years ago and immediately fell in love with amazing beauty, diversity and life supporting energy of the region.¬† I was in search¬† of a place in the world which could do better in increasing worldwide economical instability and approaching financial turmoil.

After a thorough analysis of the world’s risk factors and by method of exclusion, I selected South America, more specifically, Argentina and Brazil. I visited both and selected Brazil.

By now I have found an article by world famous investor Doug Casey in which he has analyzed the world in a very similar way and I have learned, that he has selected¬† amazing Cafayate in Argentina for his second home and for¬† high end real estate development.¬† Good minds think alike:). You can read Doug’s analysis regarding his strategic relocation concepts here: http://www.internationalman.com/articles/doug-casey-on-his-favorite-place-in-the-world 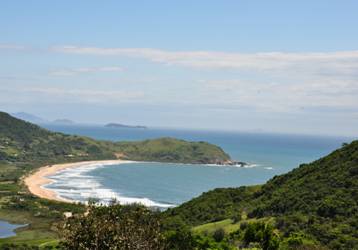 I have visited he place and it is wonderful development but I still like my Brazilian property better for strategic relocation and as an investment as well. I also immediately recognized great potential for growth of real estate prices of the region and I was proven to be right – during these¬† years I have witnessed amazing price growth.

After long research,¬† I purchased two wonderful¬† properties¬† for myself – one with magnificient ocean view and another property in the mountains. Today,¬† two years later, these lots have¬† at least doubled in value.¬† I also know that I can break off one or two pieces that total no more than 2 – 4hectares, and sell them today to recover 100% of what I paid for my property, keeping the best parts for myself.

It all started in Florianopolis ‚Äď capital of Santa Catarina. This island-city has been voted by Brazilians as ‚Äěthe best city to live‚Äú in Brazil for seven consecutive years.¬† For example, a 600m2 lot which was selling for R$20,000 in 2003¬† probably sells for more than R$120,000 today. Over these years, that‚Äôs a 500% return.¬† 100%¬† –¬† 500% returns were common, and this price increase just happened without any development efforts. With some effort, however, even more amazing price increases were possible.

There has been a bull market all these years and although rapid price increase in some regions¬† is over, it is just starting in other regions. In 2008 I was approached by one Estonian investment fund with a proposal that they could manage my money. I reviewed their portfolio and yields and I was not impressed at all ‚Äď they were able to show minimal growth, if any. I made a proposal to them to invest in Brazilian real estate but they declined ‚Äď too far, too unknown, too risky….

In 2009, Brazilian real estate price increase was on average 26,8% (greatest¬† growth in the world) but¬† prices doubled in these regions where I had invested. This investment fund was still showing returnes around zero so I showed them my results and asked ‚Äď¬† who do you think should manage who’s money here?

Increasing Profits – The Potential of Subdivision

While searching for lands for myself, ¬† I also studied about possibilities¬† to increase value of my investments. I discovered that the price per hectare of rural land is remarkably lower for large properties than for smaller properties, often by a factor in the range of 5 -7. For example, a 60-hectare rural property ¬†in this region may cost R$600,000, or R$10,000 per hectare.

If there were a one-hectare property for sale next to it, it could cost about R$50,000, or a factor of five times more expensive per hectare. It doesn‚Äôt make sense, but it‚Äôs true. To increase value, one can use the process of subdivision, called ‚Äúdismemberment‚ÄĚ. 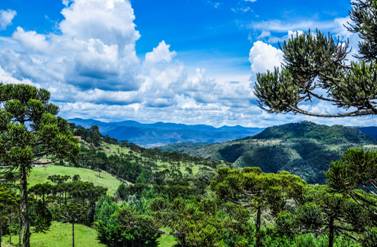 This is not a formal, legal subdivision but just a simple process of breaking a big piece of land into small pieces to be sold off individually. For rural property, there is always a size limit to how small piece can be broken off and sold without creating a legal subdivision, known here as a rural condominium. The size limit varies from region to region but¬† is often equal to two hectares.

So, if one has¬† a 10-hectare property, it can be broken¬† into five 2-hectare pieces and sell them off without much difficulty. We use ‚Äúhectares‚ÄĚ as a measurement in Brazil, which is 10,000 square meters, or 2.5 acres. Of course, the larger the land, the greater the yields. Let‚Äôs say our 60-hectare property above will be broken into ten 6-hectare properties, each with space to build and farm, as well as some forested area. At a very minimum, the value of these pieces rises instantly¬† from R$10,000 per hectare to R$20,000 –¬† R$30,000 per hectare.

By dividing each 6 ha property further¬† to three 2 hectare properties (minimal division size) and using a per hectare value of R$25,000,¬† we can once again double our yield – each two hectare property is easily worth¬† $100,000. Moreover, by subdividing further (one has to develop a so called ‚Äěrural condominum‚Äú (property of many different size lots¬† with a guarded entrance and with some area and facilities for common use), lots ranging from 1500m2 to 5000m3 could be worth 150 000 –¬† R$300,000. I have studied almost all areas of this region as I spent a lot of time¬† studying the values of large pieces of rural property, sizes in excess of 10 hectars.

And the land here is amazing ‚Äď many properties have a river running through it and natural water springs, open space with rich topsoil and closed rainforest. The scenery of Santa Catarina ¬†is breathtaking. This example demonstrates the extraordinary yields that have been made here over the past decade and a half and and that still can be made, prices out there are still climbing very fast.

Most people surely missed out on¬† this¬† extaordinary investment¬† opportunity but the opportunity for excelent profits still does exist. Although movement in prices in Florianopolis are relatively flat right now, something even more remarkable is happening just 50 ‚Äď 150 kilometers away. There are many gorgeous countryside towns and beutiful rural lands nearby.

For example, towns named Urubici and Bom Retiro in the mountain region of Santa Catarina, near the¬† the National Park of Serra Catarinense. There‚Äôs still time to make excellent money in south Brazilian rural property because price increase is moving rapidly from the coastal region towards inland. ¬†I‚Äôve studied real estate¬† values on the island and¬† off the coast, in the gorgeous countryside up to ¬†a two-hour drive from the most beautiful ¬†beaches of Brazil.

I see the next wave of price increase hapening there.¬† Some of the best wines of Brazil come from this region, Brazilians call these ‚Äěvinhos de altitude‚Äú (vines of the highlands). 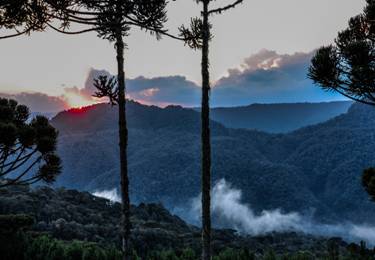 Climate of the mountain region is cooler, subtropical ‚Äď which is a plus and I personally enjoy seeing change of the seasons and I also appreciate cooler weather. Urubici is well known because ‚Äěthis is the place where it snows‚Äú¬† – well, not enough to make it possible to ski, just for few days during the winter but still…

Santa Catarina is very European, immigrants from Germany¬† and Italy and from other European countries have had big part in creating a current cultural flavour of the region. So much that one region near Urubici has a very interesting¬† name¬† – European Valley.

Trend is your Friend

There are sure trends in the world and also in Brazil which will support price increase of rural lands of Brazil and especially in Santa Catarina inland region. World economy and also nature seems to become increasingly unstable.

War in Ukraine, increasing instability in Middle East, radiation from Fukushima and draught which affect west coast of the USA, many countries do do not have water and food security…these are just few factors which will put pressure on people to leave their home countries in search of new opportunities.

My analysis shows that Brazil may be one of the countries which could be less affected by these turmoils.¬†¬†¬† Of course, economy of Brazil is also slowing but not as remarkably as in other countries.

Brazil does not have natural disasters such as volcanic eruptions, tsunamis, earthquakes, tornados.

Brazil has real food security by having capacity of being able to feed twice as many people as currently live there.

Even more important is water security and it is good to know that Santa Catarina is sitting on a top of world’s second largest aquifer ‚Äď Guarani aquifer.

There is a real price supporting trend¬† in Brazil as well – wealthy people from big cities of Florianopolis, Porto Allegre, Sao Paulo and Curitiba are increasingly in search of peace, tranquility, nature, security. Urubici, Bom Retiro and similar rural regions are perfect places for these people. Coastal cities, including Florianopolis are¬† becoming increasigly overpopulated and this gives rise to stressful traffic problems and crime. People with brains and money are moving out of bigger cities in increasing numbers. 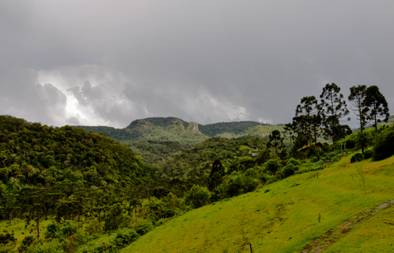 Quality of life is the name of the game. I have noticed these trends and therefore I have created this ¬†website visa4brazil.com to help foreign investors, who are considering investing in Brazilian real estate and who are interested in acquiring¬† a long term investor’s visa (and eventually a second passport). It does not hurt to have some ‚Äěopen doors‚Äú in this increasingly unstable world and if it can be done while making a good return on your investment ,¬† can’t go wrong with this strategy.

As Jim Cramer (of Mad Money) says, “There is always a bull market somewhere and my job is to find it for you!” Well, I have found you the best real estate bull market in the world for you¬† – a mountain region¬† of¬† Brazil’s¬† Santa Catarina.